Targets of paramilitary loan sharks are victims themselves, says Dickson

Anyone being targeted by paramilitary loan sharks is a victim and needs to contact police, Alliance MLA Stewart Dickson has said. 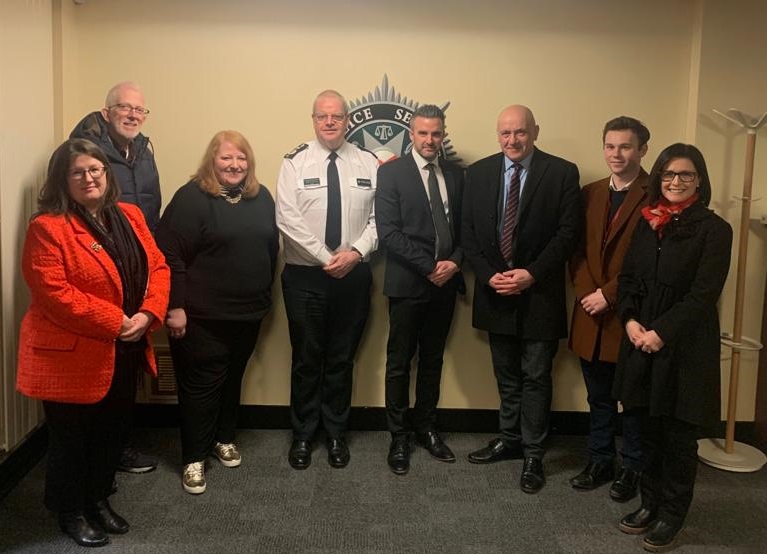 The East Antrim MLA was speaking after meeting PSNI Chief Constable Simon Byrne as part of an Alliance delegation discussing matters including paramilitary money lenders and coercive control of areas by terrorist organisations.

It came at the same time as a BBC NI Spotlight investigation into paramilitary loan sharks, which revealed they are targeting users of food banks amongst others.

“It was important to meet with the Chief Constable and the senior management team of the PSNI to discuss these issues, particularly at a time the Spotlight documentary is making headlines,” he said.

“Against the backdrop of energy support payments not being made to people in Northern Ireland and the financial pressures associated with Christmas, some people are getting more desperate and paramilitaries are therefore seeing them as easy targets.

“The gangs don’t want the money paid back, they want to exercise control over people and the wider community, and therefore those being lent the money are often drawn into criminality as a way to try and escape. They then won’t go to police because they think they will be in trouble themselves.

“But it is important these people realise they are the victims in this scenario. If criminal gangs are lending them money, they can go to the police. It was encouraging to hear the PSNI is having success putting pressure on paramilitary criminal activities but it vital more is done to cut the heads off these organisations and show them the message enough is enough.”