Talks around restoration of the institutions robust but constructive, says Muir

Talks with the Secretary of State and Foreign Secretary about the restoration of the institutions were robust but constructive, Alliance Chief Whip Andrew Muir MLA has said. 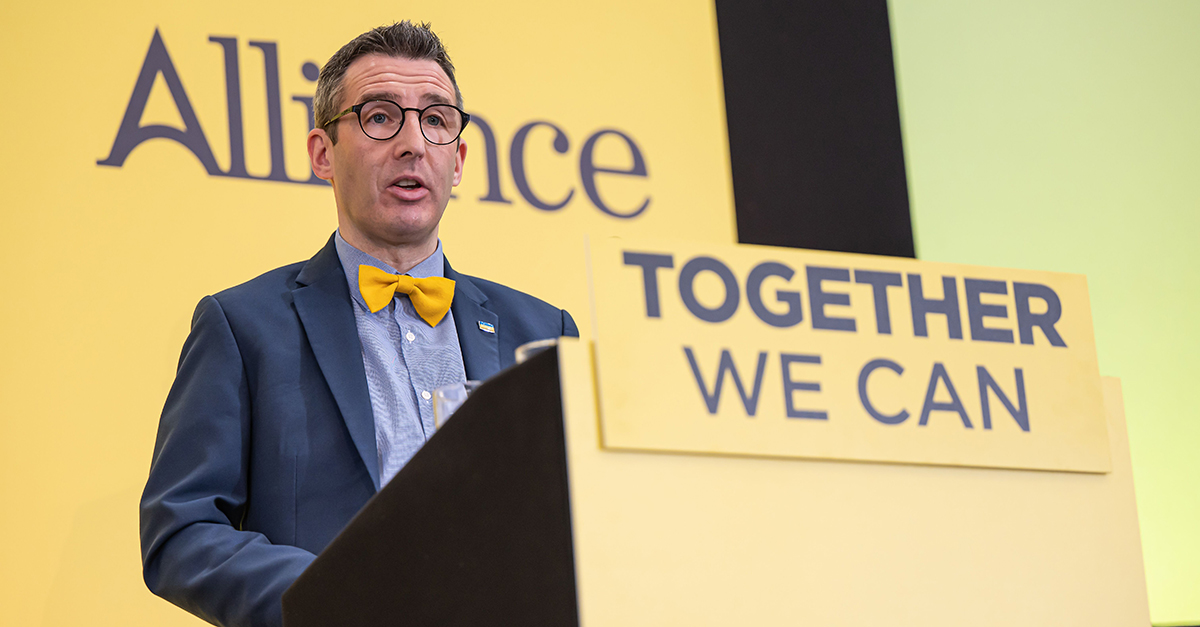 The North Down MLA was speaking after meeting Chris Heaton-Harris and James Cleverley, alongside party colleague Paula Bradshaw MLA. However, he said the roundtable talks had been overshadowed thanks to the “needless” decision of the UK Government to dictate who attended.

“This was a robust but constructive meeting with the Secretary of State and Foreign Secretary, coming in the wake of more agreements around the Protocol between the UK Government and EU,” said Mr Muir.

“Unfortunately, the important matters on the table today were completely overshadowed by the needless decision of the UK Government to attempt to dictate who attended this meeting, a point we felt important to make in person to them this morning. It should be up to individual parties to decide who goes on their behalf, with this distraction taking away from what we should have been focusing on.

“That remains the removal of a proposed election, which will achieve nothing, increasing trust so more agreement on the Protocol can be made, more movement on helping health workers keep the system operating and crucially, reform of the institutions to prevent any one party collapsing everything.”