Statue of May Blood should be erected at City Hall, says Long

A statue of Baroness May Blood should be erected at City Hall to pay tribute to the late campaigner, Alliance Councillor Michael Long has said. 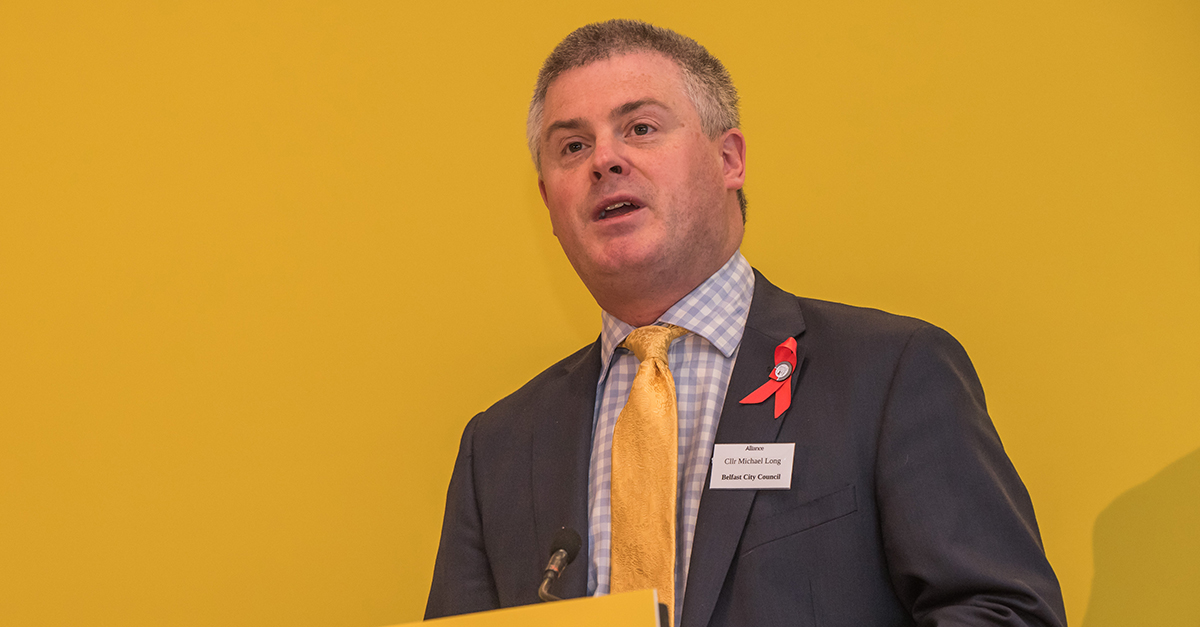 The late Labour peer, who passed away on Friday, was a long-time campaigner on many issues, including integrated education, employment and equality, and was previously involved with the Women’s Coalition.

Councillor Long said a statue to her in the grounds would fit perfectly into the current process of better reflecting the history and diversity of Belfast. In addition, he said a book of condolences should be opened to allow people to pay their own tribute to Baroness Blood.

“Everyone was devastated to hear the news of May Blood’s passing and my thoughts go out to her loved ones and colleagues,” he said.

“She was universally loved across Belfast and indeed Northern Ireland, which was evident in the range of tributes from all quarters which followed the announcement of her death. Her work will stand the test of time, particularly in the field of community activism and with the Integrated Education Fund.

“City Hall has two remaining spots for statues available in the grounds and while it would likely be the last thing May would have asked for, we believe it would be the perfect tribute to her given the impact she made on all who met her, subject to her family agreeing to the proposal.

“I also believe a book of condolence being opened at City Hall would also allow the people of the city to pay their own tributes to Baroness Blood.

“The recent decision to erect statues of Mary Ann McCracken and Winifred Carney at City Hall has helped improve the recognition of women to the history of our city. One of May Blood would bring further acknowledgement and diversity/

“Any statue would likely take some years to produce and erect, but it would ensure her legacy will be permanently remembered and live on in future generations.”