In his latest efforts to save the historic Craigowen Gate Lodge, Alliance North Down MLA Andrew Muir has secured a commitment to seek the relevant permissions for transferring the property to Hearth Historic Buildings Trust, who will then be able to source essential funding that will save the building from falling further into ruin. 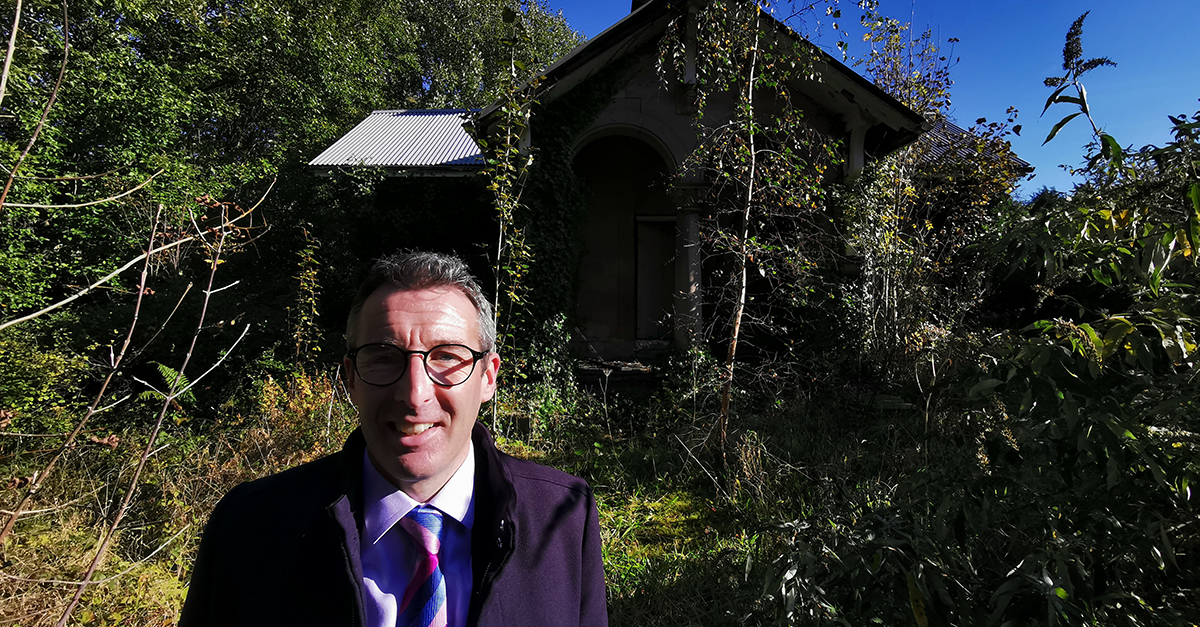 Craigowen Gate Lodge is a B1 Listed Building designed by Thomas Turner, a pupil of Sir Charles Lanyon. Built in 1851, it is considered a prime example of the Italianate style of architecture. Approximately 40,000 vehicles pass the dilapidated building each day with a tin roof now in place following a previous arson attempt.

Having been vested a number of years ago as part of a planned road widening project that never materialised, it was sold to Clanmill Housing Association in 2016 after planning permission was granted to restore and redevelop the building as Social Housing, but this did not come about.

Speaking about the development, Andrew said: "Having recently visited the Gate Lodge, it was disheartening to see the extent of the dilapidation. I’ve been working hard to save the lodge ever since becoming a Councillor in 2010, and the level of disrepair it has been allowed to fall into continues to be greatly disappointing.

“I was delighted to see planning permission granted and ownership transferred to Clanmill in 2016. However, ever since then, progress has been painfully slow, and obtaining the necessary funding to deliver the required works to restore the building to its former glory has proved problematic. As a result, planning permission has now expired due to the delays encountered.

“Undeterred, after relentless engagement with the Housing Association, I am glad to have now secured a commitment to seek the necessary permissions to transfer the property to Hearth Historic Buildings Trust, hopefully within the next few months. They will then be able to see out further work towards restoring this forgotten jewel in North Down's Built Heritage crown and giving it a new lease on life for the future.”