Alliance Deputy Leader Stephen Farry MP has tabled an amendment aimed at protecting legislation in the Northern Ireland devolved space from a Bill which will introduce provisions to allow government Ministers to repeal retained EU law. 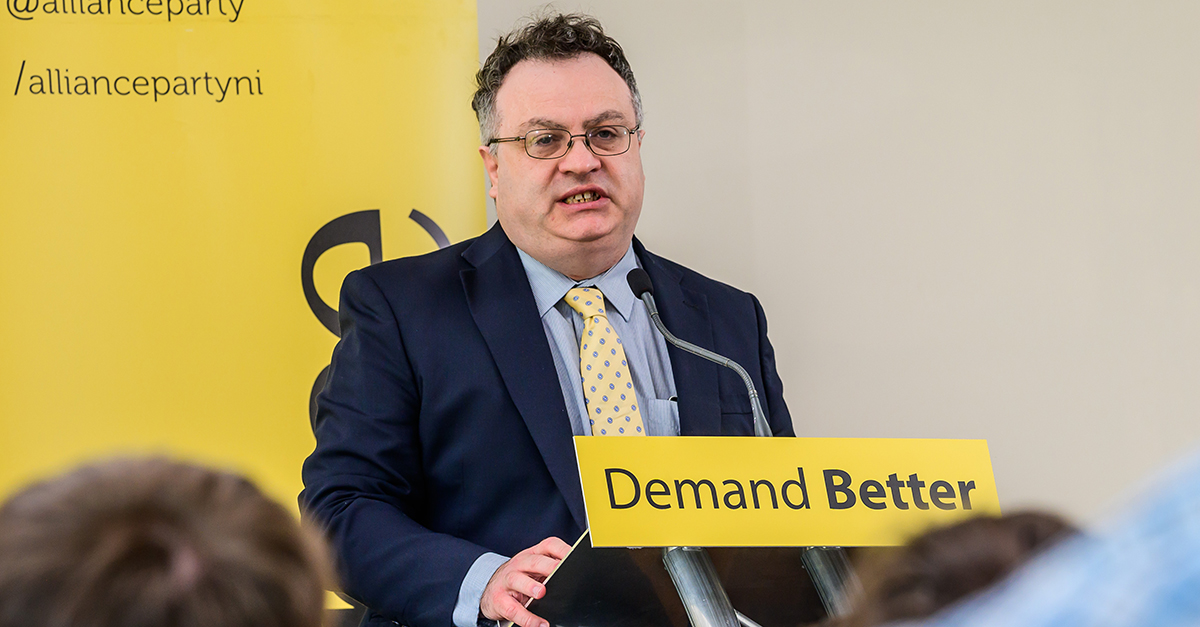 The Retained EU Law (Revocation and Reform) Bill will have its remaining stages in the House of Commons tomorrow (Wednesday). The Bill creates a cliff edge sunset clause automatically repealing all EU retained legislation on December 31 unless the Government specifies otherwise.

North Down MP Dr Farry’s amendment would exempt all Northern Ireland-specific retained EU legislation from being scrapped under the clause. It is estimated as many as 500 pieces of local legislation will be subject to revocation under the Bill.

He said the Bill was a “sinister development” which would undermine devolution.

“I have tabled an amendment to avoid this mindless cliff edge by exempting all legislation in the Northern Ireland devolved space from being the Bill,” he said.

“With Northern Ireland’s civil service is already under huge pressure, it is madness to expect them to deal with the imminent upending of critical legislation. Indeed, in the absence of a functioning Executive and Assembly, there are major questions if all of this can even be implemented by the current deadline of end of this year.

“This Bill threatens many well-established rights and protections relating to employment rights, equality protections, the environment, public health and consumer matters. It is a further unwarranted interference into devolution, and cuts across Article 2 of the Northern Ireland Protocol on the non-diminution of rights.

“No consolidated list of retained EU legislation exists and the Government has failed to publish any assessment of the Bill’s impact. It is absurd we still don’t have a full list of the thousands of regulations which could be deleted under this Bill, which is why I have co-signed the cross-party amendment requiring the Government to list every piece of legislation they seek to revoke through this Bill.

“Yet again Northern Ireland is in crisis, with the DUP blocking our Assembly, while the Conservatives drives a coach and horses through our governance and rights. The Bill’s insanity is intentional. The Government has a stated objective of deregulation and has shown it will go to unprecedented extremes to distract from its own failings.

“This is the Tories’ latest reckless attempt to become a deregulated Singapore on the Thames. The Bill is at best a huge distraction from what the UK Government should be doing, and at worst a sinister development that could undermine many well-established rights and protections, alongside devolution across the UK.

“I will be opposing this Bill every step of the way and urge the Government to scrap it.”

(b) could be made in subordinate legislation by Ministers of the Northern Ireland Executive.”

This amendment restricts the automatic revocation or “sunsetting” of EU-derived subordinate legislation and retained direct EU legislation under Clause 1 of the Bill so that it does not apply to legislation that is within the legislative competence of the Northern Ireland Executive and Assembly.