Continued lack of Budget could lead to unprecedented and harmful consequences, says Muir

The continued lack of an Executive to set a local Budget could have many unprecedented and harmful consequences, Alliance Infrastructure spokesperson Andrew Muir MLA has said. 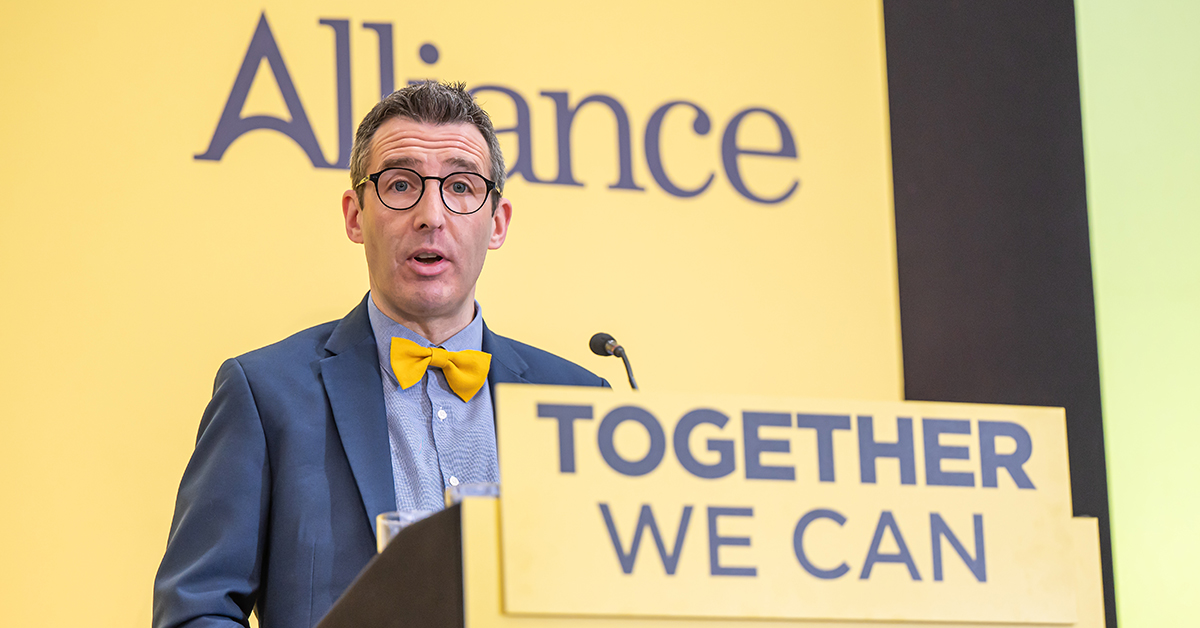 Mr Muir was speaking after asking the Department for Infrastructure its reaction to having its Budget set by Secretary of State Chris Heaton-Harris late last year. In the reply, Department Permanent Secretary Dr Julie Harrison stated the Budget falls ‘far short’ of what is required to meet all the pressures identified.

Alongside other approaches, the letter states if further savings are required, the only other options left open to the Department are ‘in the realms of what would previously have been unthinkable,’ including significantly reducing the road gritting programme or switching off street lights.

Mr Muir said the resulting impact on public health and safety in such a scenario could be catastrophic.

“We all know the perilous state of public finances and realise difficult times are ahead,” said North Down MLA Mr Muir.

“It is deeply regrettable thanks to the DUP’s deadlock the Secretary of State had to set the Budget for Executive Departments in the first place. It means there is no strategic approach to allow for reform or long-term planning, leading to short-term patch-ups and potential ‘unthinkable’ options being considered by the Department.

“Not only could the short-term impact on public health and safety of these be catastrophic, but there would be resulting immediate pressures put on other aspects of public services as a consequence, which would be deeply harmful in some circumstances.

“It is vital the DUP’s boycott of the institutions is ended and the Executive restored in order to tackle our public finances, set strategic Budgets and priorities for Departments, and prevent the situation getting even worse.”