Alliance MLA John Blair has welcomed the publication of the National Police Chiefs Council (NPCC) and College of Policing review of themes, learnings and recommendations on police-perpetrated violence against women and girls (VAWG). 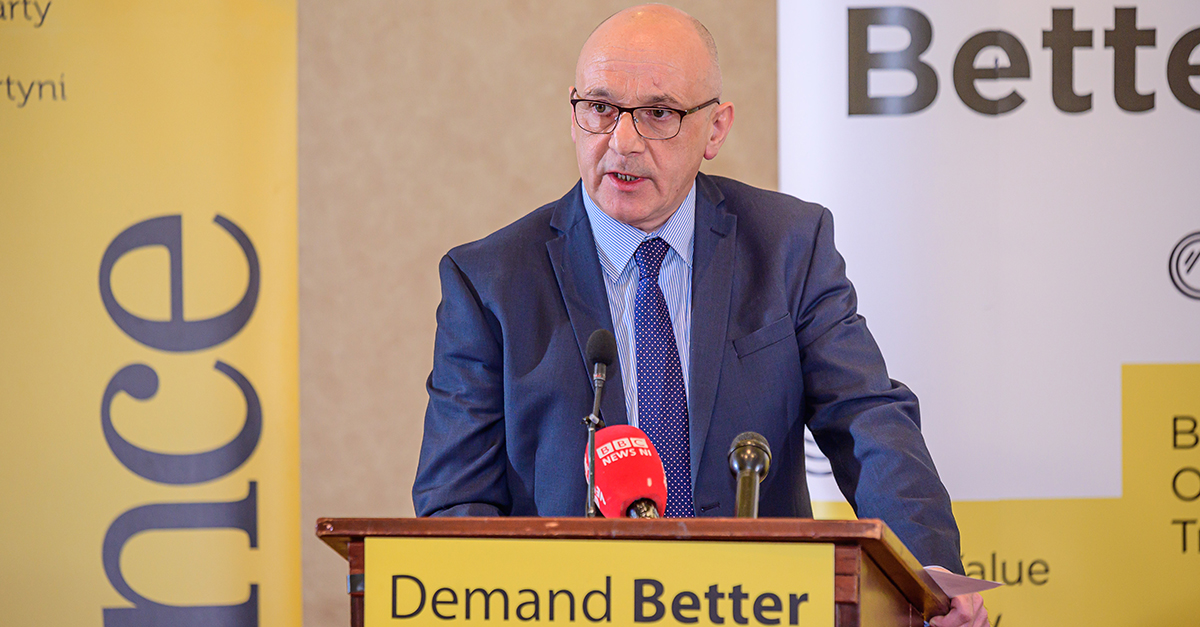 The review has been published as part of a national police framework to improve the response to violence against women and girls. Police forces were asked to conduct an urgent review of sexual misconduct, domestic abuse and other VAWG-related offences against officers and staff and to share their learning with the NPCC and College of Policing. The review includes recommendations for improving the handling of police-perpetrated violence against women and girls.

“I welcome this progress, as well as other more recent commitments from the PSNI to tackle VAWG, but I want to hear more from the police about what wide-ranging reforms they are going to introduce to pursue offenders who commit so called ‘lower level’ sexual offending, when we know they are often a precursor to more serious crimes against women,” said Mr Blair, a member of the Policing Board.

“Perpetrators don’t go out and kill without any prior indication they are a danger to women and girls, which was the case with Sarah Everard’s murderer and similarly the killer of Libby Squires, who was known to have indecently exposed himself in a pattern of abuse which escalated to murder.

“As far as they can, the police must ensure a serving police officer never rapes and murders a woman again.”