Austerity 2.0 is not the solution, says Farry

The Chancellor’s Autumn Statement is painful and damaging for the economy and public services, Alliance Deputy Leader Stephen Farry MP has said. 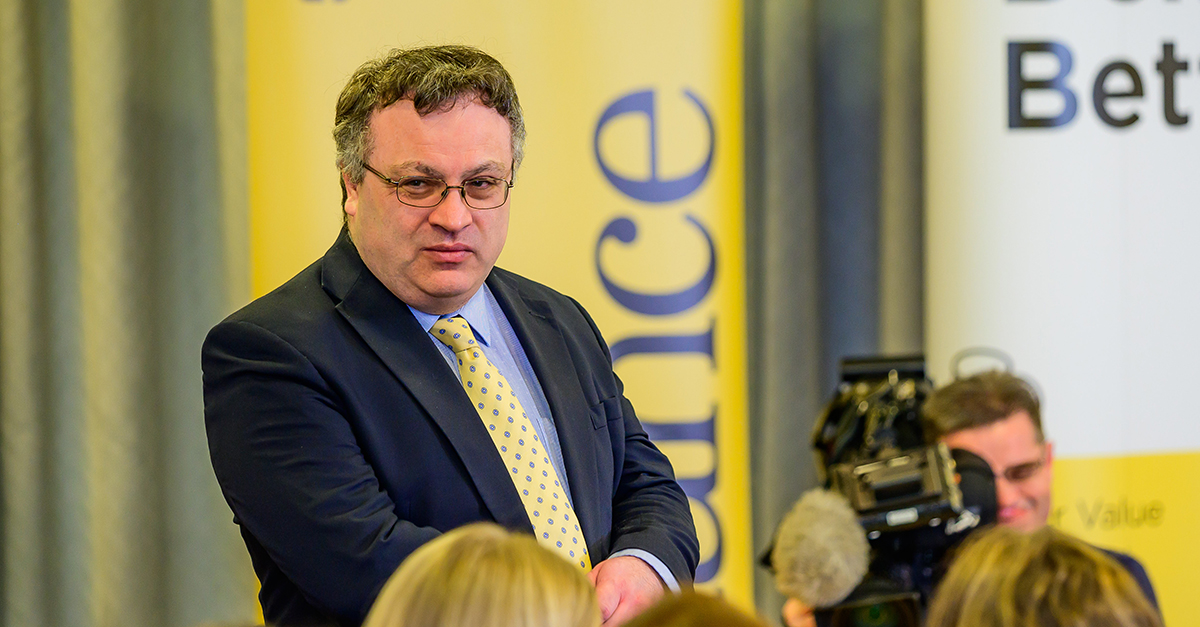 The North Down MP said while he welcomed belated protection for benefits and pensions, he was concerned at the impact of cuts in public spending across the UK, and for Northern Ireland in particular. He added many options were open to the Chancellor that were not taken.

“This is a painful financial statement from the Chancellor. For starters, the UK should not be in this financial mess. While there are general international factors, the UK’s situation reflects two huge self-inflicted wounds in terms of Brexit and the Truss Government’s reckless Budget that has cost the UK £30 billion,” said Dr Farry.

“The UK economy is in a poor state facing a recession, continued high inflation and an ongoing squeeze on household incomes. In responding to financial mismanagement, the Sunak Government are seeking to recover £55 billion through tax and spending measures, and imposing restrictions on the scale and duration of energy costs support.

“As a consequence, with increased taxes, in particular on businesses, real term cuts to public spending, and the slump in household incomes, the UK is facing Austerity 2.0 and continued economic stagnation.

“This comes at a time when the UK should instead be future proofing leaky homes and economy through investing in a Green New Deal, improving public services alongside skills and the other drivers of economic growth.

“It beggars belief the Chancellor has failed to get to the root of the energy crisis – our poorly insulated homes and reliance on other countries’ oil and gas. Investment in renewables and insulation are crucial to ending eye-watering energy bills for good.

“Alternative options exist for the Chancellor, including the rebuilding of economic relations with the EU, increased taxes on wealth, and greater windfall taxes on those companies posting abnormal profits on the back of the energy and wider economic crisis.

“Having campaigned for them, the belated protection for the pensions triple-lock and inflation rises in benefits are welcome. But they should have been confirmed much earlier to reduce the anxiety many have been experiencing. Yet, the sting in the tail is additional punitive conditionality for some benefit claimants rather than investing in skills.

“For Northern Ireland, confirmation of the doubling of the oil payment to £200 is a small move in the right direction. Yet, we are still to hear answers on when it and the £400 energy payment will be made here.

“However, notwithstanding the additional Barnett Consequentials for Health, this financial statement will significantly reduce the value of our Block Grant in real terms over the years ahead. Our public finances are already in a perilous state, with huge pressures and demands building across many fronts, including the health service. Major reforms are even more essential now to reduce the coming pain.”