Speaking from an event put on by Positive Life, co-sponsored by Alliance South Belfast MLA Kate Nicholl, in recognition of World Aids Day, Kate and Alliance Health Spokesperson Paula Bradshaw MLA have argued that we need to do more to combat the stigma that exists surrounding HIV. 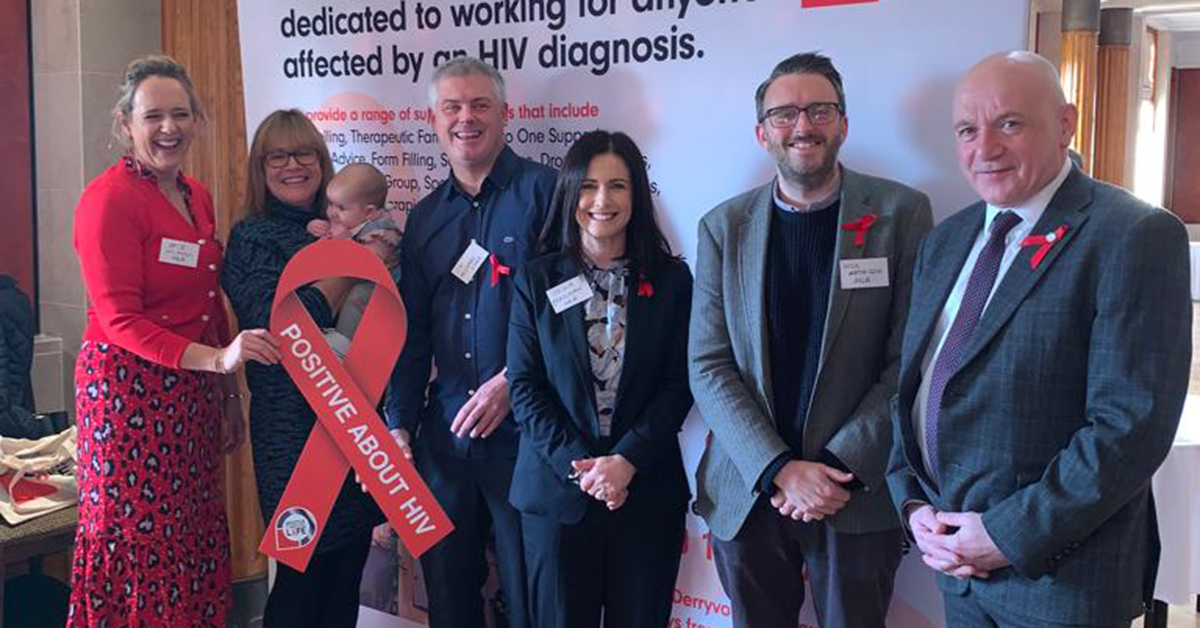 The focus of this year’s World Aids Day is on the theme of equality, to highlight the division, disparity and disregard that has allowed AIDS and HIV to become and remain a global health crisis.

Currently in Northern Ireland 1,325 people are living with a positive status, and 76 new diagnoses were made in 2021 – 12 of which being women.

Kate said: “The work that Positive Life do on ensuring the wellbeing of those affected by HIV in Northern Ireland and removing HIV-associated stigma is absolutely essential and I’m incredibly proud to be working alongside them sponsoring this event.

“HIV is still so misunderstood yet continues to impact people locally. The World Health Organisation has declared a target of zero new diagnoses of HIV by 2030, something which Northern Ireland can and should be working towards. With a small population, Northern Ireland has the opportunity to be world-leading in eradicating HIV.

“One of the biggest issues facing people affected by HIV is stigma, and education is key to both addressing stigma and in turn reducing transmission. With that in mind, we are advocating for a Sexual Health Strategy for Northern Ireland and comprehensive Relationship and Sex Education in schools, to help achieve those aims.

“Positive Life’s service users say they feel shame and depression on a regular basis, and often don’t feel accepted enough to share their status, carrying the burden alone. World AIDS Day is an opportunity for people to recognise and address their own biases and prejudices, and resolve to not feed into the negative stereotypes which mislead people and ultimately serve to harm everyone regardless of their status.”

Paula added: “Another one of the keys to changing attitudes towards HIV and tackling the stigma around it is making access to antiviral treatments such as PrEP (Pre-Exposure Prophylaxis) and PEP (Post-Exposure Prophylaxis) more widely and easily available, now that we have a clear evidence base on how such tools can both prevent infection and treat people if they have been infected.

“We have however heard from those with HIV that, despite the strides made in the introduction of these treatments, advertising campaigns have contributed to certain stigmas around the virus, and so it’s clear there is much more work to be done in this area going forward.”