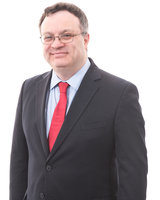 Alliance Deputy Leader Stephen Farry MLA has said we cannot allow either the office of the Victims Commission, or Stormont House to be destroyed leaving vacuums in their wake.

Speaking in response to the UUP’s Doug Beattie, Dr Farry said that the Victims Commissioner provides important services for victims across the political spectrum.

He said: “We are not going down the road of wrecking either the Victims Commission or Stormont House and leaving vacuums in their wake.

“The Victims Commissioner provides important services for victims across the political spectrum. To create a political litmus test for this or any future commissioner around the definition of a victim is going to be counter-productive, and indeed destructive to the future of an impartial commission.

“If that definition is changed by either Parliament or the NI Assembly then that of course creates a new context.

“We have already seen too much deadlock on legacy since the initial agreement at Stormont House to take one more step backwards.

“This attack on the Victims Commissioner by the Ulster Unionists is part of wider aim, along with some others, to wreck the Stormont House Agreement. Alliance believes that it represents the only viable way forward. Where there are concerns with the detailed proposals, these can be fixed.

“But if Northern Ireland ends up losing Stormont House, then the current inadequate and ineffective status quo will continue and the next set proposals that will likely come along for legacy will no longer contain any investigatory function – something that many victims groups are seeking.

“It is important to show leadership, realism and responsibility about the real choices and alternatives that are available in relation to legacy matters.”