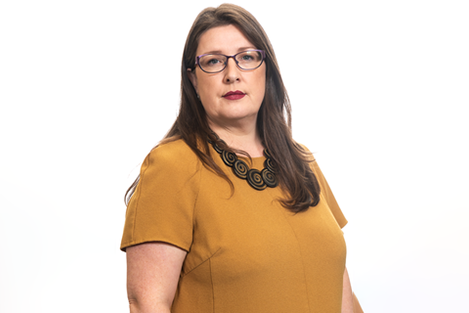 Alliance MLA Kellie Armstrong has said urgent clarity needs to be given by the Secretary of State and NICS Board on budget allocations for Government Departments to stave off financial threats facing them.

The Strangford MLA said the lack of a functioning Executive meant the community and voluntary sector in particular was plagued with uncertainty over what resources it had to deliver for the forthcoming financial year.

"While Brexit takes up most of the headlines, the lack of a functioning Executive continues to have a biting impact on many areas. Among these is the community and voluntary sector - we need to know when we are going to hear about the Budget for the 2019/20 financial year, so Departments can begin giving allocations to the sector, as well as various arm's-length bodies.

"We are less than three months out from the start of the next financial year and most community groups have not even received application forms for the funding process to begin for the 2019/20 year. That uncertainty means they are unable to strategically plan how to deliver their much-needed resources and services, while many are placing their staff on protective notice as a precaution.

"This week Alliance met senior civil servants to hear how the Executive's Outcomes Delivery Plan is being delivered. Time and again we heard about the importance of partnership working, yet due to a lack of financial certainty those same partners have no idea if they will still be operational after March.

"Alliance will be seeking a meeting with the Head of the Civil Service and NIO so the situation can be clarified and a date given as to when details of the 2019/20 Budget will be made available. We must cut through the uncertainty and allow organisations to do their jobs."