It is time to update the NI Act to remove designations in the Assembly, Alliance Communities Spokesperson Kellie Armstrong MLA has said, following the release of a major report which she said presents an opportunity to deal with gaps in equality law. 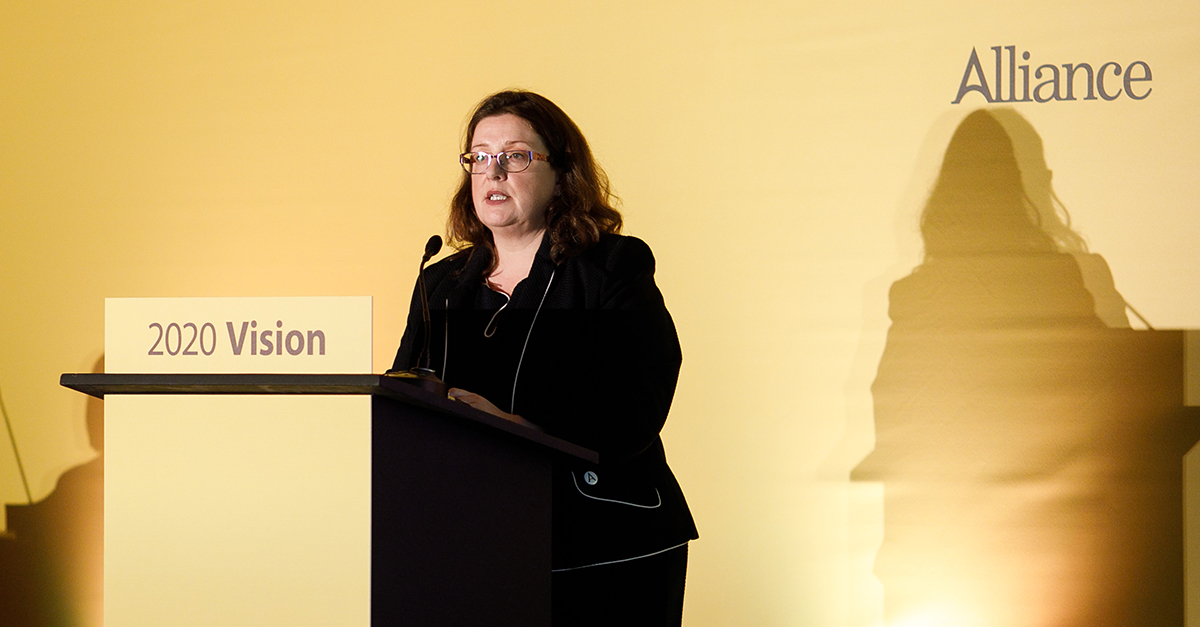 Speaking after the announcement of the Northern Ireland Human Rights Commission’s (NIHRC) Annual Statement, Kellie has welcomed the commitments made by the Commission, and believes this presents an opportunity to look again at the idea of reforming the NI Act’s clauses surrounding designation in the Assembly.

This year’s statement was delivered by guest speaker Gary Lightbody, who said a variety of delays and blockages had been made worse by the lack of a functioning Executive and devolved decision-making. Chief Commissioner Alyson Kilpatrick also confirmed NIHRC is committed to protecting the aims of the Good Friday Agreement in order to further human rights in NI.

“I completely welcome the findings and recommendations set out in the NIHRC’s Annual Statement for 2022, and believe this represents an unmissable opportunity to address areas in which Northern Ireland lags behind Great Britain in terms of equality legislation, gaps which have widened since the introduction of the Equality Act 2010”, said Kellie.

“Whilst we strive for a more fair, equal society, the Assembly continues to perpetuate division through a designation system which is institutionally tribal. Having to designate as either unionist or nationalist in order for your vote to count as an elected representative in cross-community votes, despite the growing population within NI that consider themselves neither, is outdated and unjustifiable.

“With the Commission’s commitment to protecting the aims of the Good Friday Agreement and its core principles, Alliance believes that it is time to update the NI Act, which we feel in part contravenes section 5 of the GFA. We would advocate for the removal of the blockage of democracy created by 5di, to allow all sections of our community to have a full and equal role in the Assembly in a ‘weighted majority’ system.

“Under a weighted majority system, we would also be able to finally put a stop to the endless cycle of crisis and collapse of the devolved institutions here, and provide political stability for the people of NI.

“It’s time for reform and to bridge these gaps in equality law, so the institutions tasked with representing a growingly diverse society can do so most effectively.”