There is a need to de-dramatise backstop talk, says Farry ahead of Barnier meeting 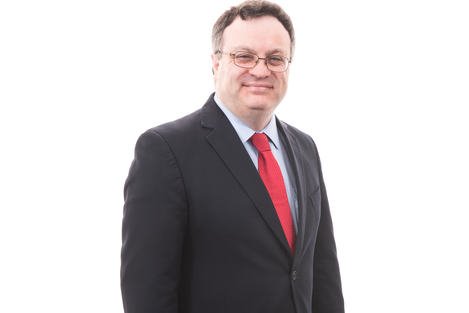 Alliance Brexit spokesperson Stephen Farry MLA has said there is a need to "de-dramatise" talk over the Brexit backstop.

Dr Farry was speaking ahead of meeting EU Chief Negotiator Michel Barnier at the European Commission HQ in Brussels. He said the meeting alongside three other local parties, which will be followed by a meeting with the European Parliament's Brexit Co-ordinator Guy Verhofstadt, came at a crucial time in the Brexit process.

"Northern Ireland only works based on sharing and interdependence. Therefor e there are unique challenges posed by Brexit. And so far the EU has shown a greater understanding of the need to avoid a hard border on the island of Ireland and to protect the Good Friday Agreement.

"Today's meeting will be an opportunity to receive an update on the negotiations and for us to reinforce the need for a legally operative backstop as part of any withdrawal agreement.

"In our last meeting with Michel Barnier in May, Alliance talked about the need to de-dramatise the talk around the backstop and that is still the case, particularly over the next few crucial weeks. We need to see an end of talk of political and constitutional crises, and for people to recognise the backstop for what it is - a pragmatic intervention designed to address the needs of Northern Ireland."