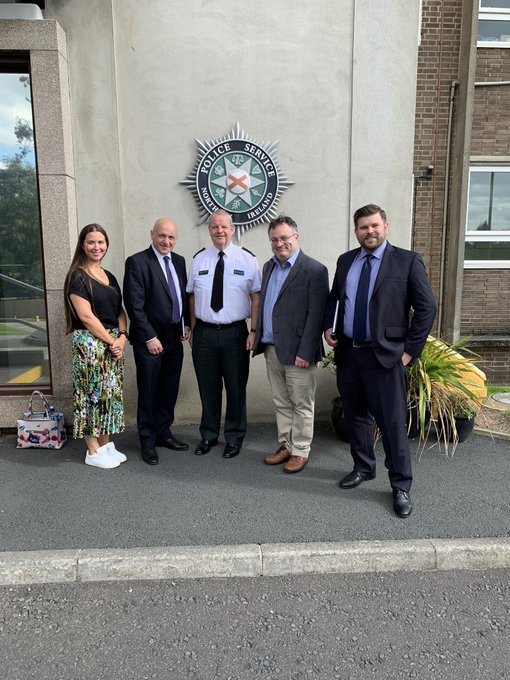 The Stormont House Agreement proposals are the best way of dealing with the legacy of the past, Alliance MLA John Blair has told the new PSNI Chief Constable.

Mr Blair said it was a good opportunity to examine policing priorities and strategies under the new leadership, on issues such as legacy, Brexit, the ongoing terrorist threat, policing in the community and others.

“While we raised many matters with the Chief Constable, foremost among them was the legacy of the past and the Stormont House Agreement proposals relating to it. We shared our concern with him that legacy, which remains a policing responsibility, is more in need of those solutions than it has ever been. We were also able to give him our assurance Alliance will continue to work to achieve the realistic and fair solutions contained in Stormont House.

“In addition, we were able to set out our positon on the vital need for a police service which is truly representative of today's society and how policing, reaching every sector of that society, feeds directly to confidence in policing overall.

“Other matters were also discussed, including challenges to policing under the no deal Brexit now almost being championed by the Conservative leadership contenders and how PCSPs can work better in bringing police closer to all communities.

“I hope the Chief Constable takes onboard the issues raised and sets out his priorities for the years ahead accordingly. We wish him well in doing so.”