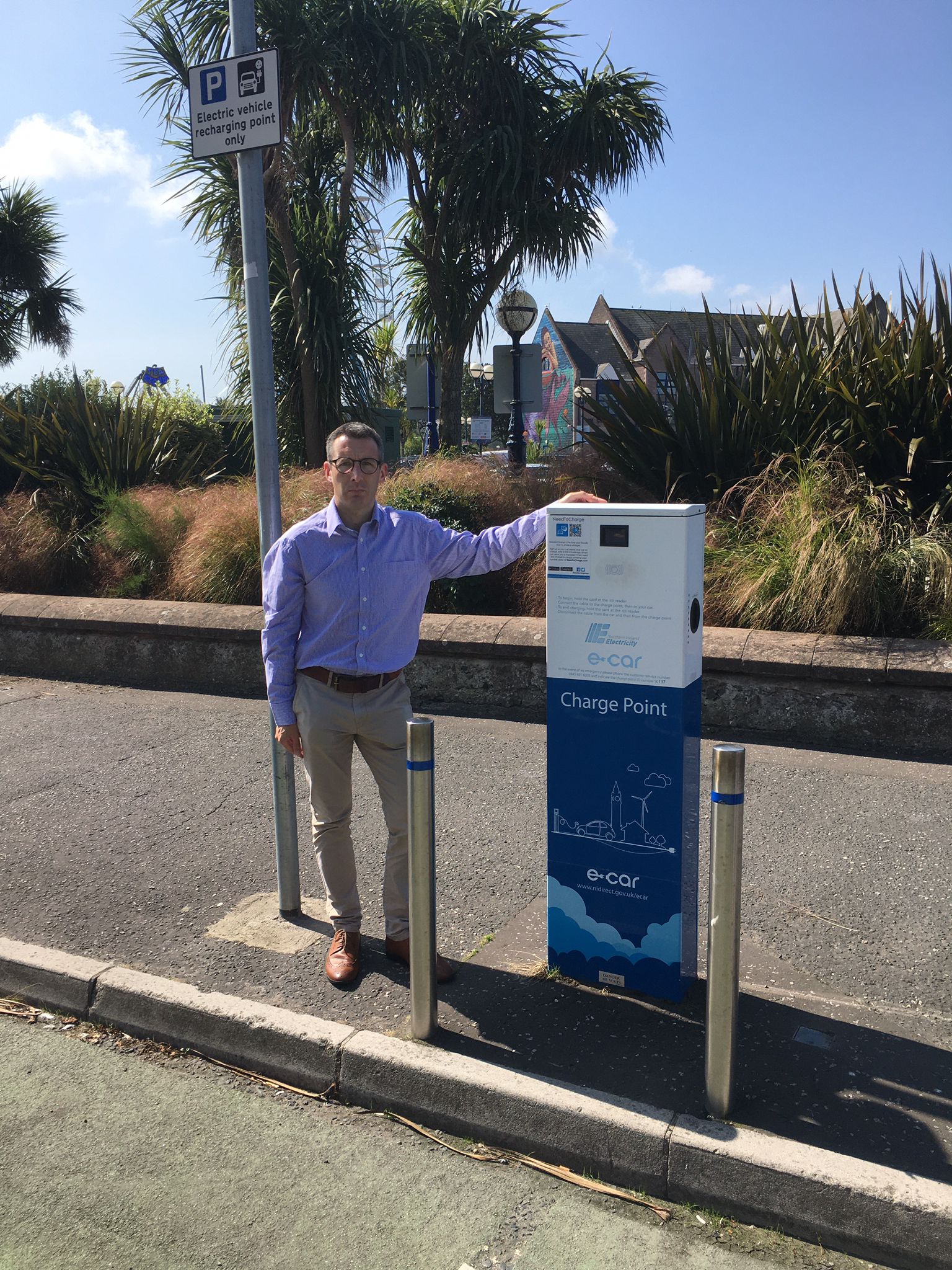 The “shambles” of the electric vehicle charging network in Northern Ireland is forcing people to go back to petrol and diesel cars, Alliance Infrastructure spokesperson Andrew Muir MLA has said.

The North Down MLA was speaking after contacting the Electricity Supply Board (ESB), which maintains the network here. It followed complaints from constituents, who having purchased electric cars, were unable to find functioning chargers in the local area. The ESB stated while some broken chargers would be replaced in the coming months, a much larger publicly funded replacement programme was “urgently required to ensure a reliable and modern network that meets electric vehicle drivers’ needs for years to come”.

Mr Muir has now launched a public petition calling on the Infrastructure Minister to urgently produce an electric vehicle charging strategy to improve the current network in Northern Ireland.

“At the very time we should be encouraging people to buy electric vehicles, our shambles of a network is actually doing the opposite and forcing people to go back to petrol and diesel,” he said.

“Recently I bumped into a constituent at the charge point by the Ulster Folk and Transport Museum. The charge point wasn’t working, and the constituent told me this was the seventh public charge point he’d tried recently that was broken. How are we going to encourage people to go electric when the charging network is this bad?

“I have launched a public petition calling on the Minister for Infrastructure to urgently produce a comprehensive, detailed, electric vehicle charging strategy to bring together the key stakeholders and rapidly improve the current network in Northern Ireland. We currently have the worst charging network in the UK and Ireland. It doesn’t have to be that way, and I would urge everyone to send a message and sign the petition”.

The public petition can be found here.