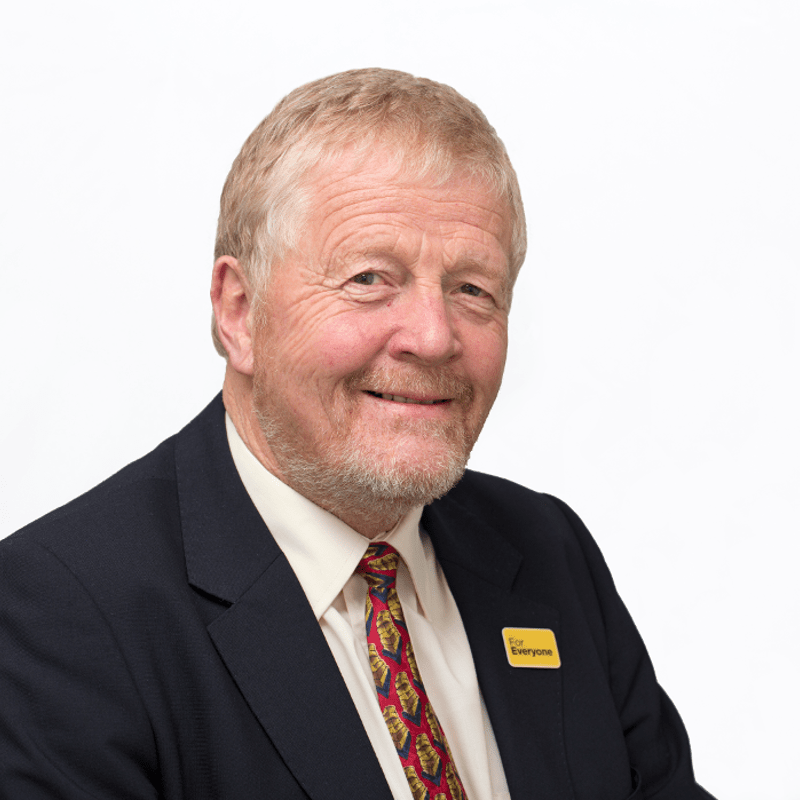 All paramilitary imagery in public spaces across Mid and East Antrim needs to be removed, Alliance representatives have said.

Alliance Councillor Robert Logan and representative Danny Donnelly, who will be standing for Alliance in the Larne Lough District Electoral Area in May's local government election, said the removal of murals, flags and other paraphernalia would help create shared spaces everyone could enjoy, pledging to bring such a motion if successful in the poll on May 2.

"Over 20 years after the Good Friday Agreement, these paramilitary groups need to depart the stage," said Robert Logan.

"Paramilitaries use many methods to exert their control over areas. One of those is public imagery, of which we have many displayed prominently in the Larne Lough area, and which is designed to spread fear, intimidate people and undermine the rule of law in our society.

"While some work has been carried out on this matter, much more needs to happen. As Councillors, we have an active role to play in ensuring these groups disappear completely. Removing their public displays, whether republican or loyalist, is another step towards achieving that."

"Other Councils have recently brought motions seeking to remove any paramilitary imagery from public spaces, particularly town centres, in order to make them welcome and inviting for all. Councils have an active role in implementing the Executive's Paramilitary Action Plan. There should be a zero tolerance approach towards paramilitaries," added Danny Donnelly.

"If elected as Councillors in Larne Lough on May 2, Alliance will provide leadership on this issue by seeking a cross-party consensus to banish paramilitary images from all public spaces across the Borough, before engaging with the relevant agencies to help achieve that. Every party has previously agreed to deal with paramilitarism, so now it's time to live up to those commitments and tackle this poison in our society."