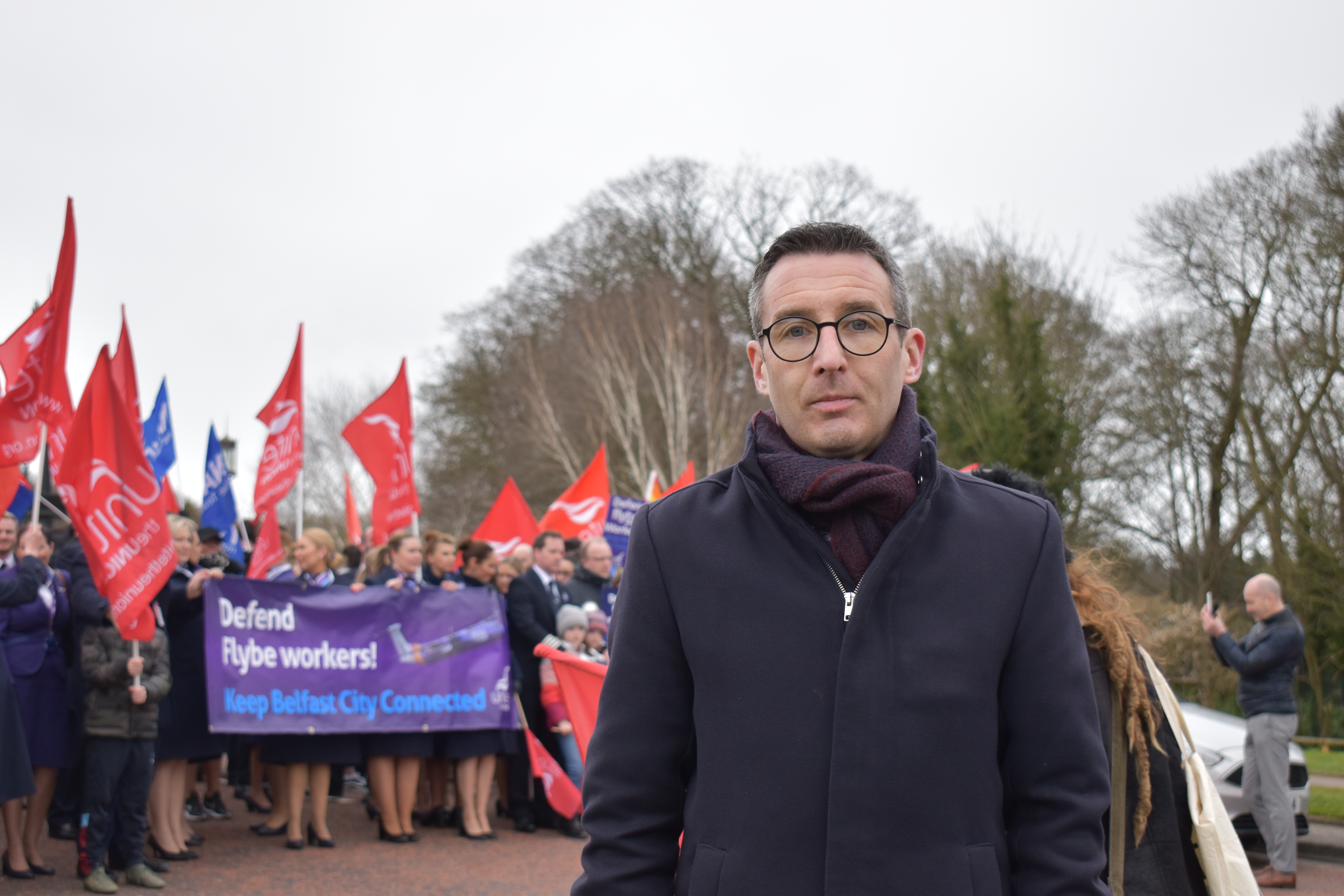 Alliance Infrastructure spokesperson Andrew Muir MLA has said action needs to be taken quickly to save jobs affected by Flybe going into administration.

Mr Muir was speaking following a rally by Flybe and Belfast City Airport Swissport staff at Parliament Buildings, before meeting representatives of workers under threat of redundancy following the airline falling into administration.

“There is a human aspect to this entire situation. It was a heart-breaking meeting with staff, who have lost their jobs or on the verge of redundancy if this is not resolved soon. Alliance is seeking a meeting with Airport Chief Executive Brian Ambrose to see what can be done to help,” he said.

“In addition, we are in a unique situation in Northern Ireland where we have to rely on our air connectivity more than other areas of the UK as we don’t have the rail links to provide transport in the same way Britain does. Therefore it is disappointing the UK Government had an opportunity to announce a reduction in air passenger duty in its Budget today and failed to do so.

“Now is the time for action on both counts – saving our air connectivity and saving jobs. A reduction in APD, coupled with possible Public Service Obligation funding to attract new carriers for the former Flybe routes, will help ensure the future of the airport and those with jobs there.

“Action is required in a matter of days before further redundancies occur.”