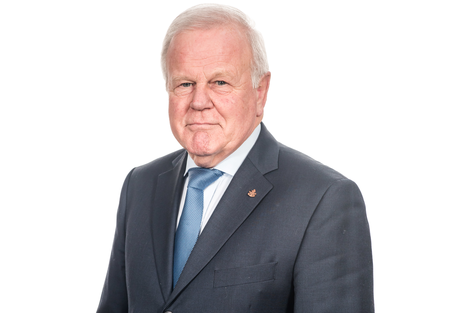 Alliance MLA Trevor Lunn has said potential suspension of freedom of information (FOI) requests by Executive Departments in the absence of Ministers is a "bizarre example" of the paralysis in Government here.

Mr Lunn was speaking after the Information Commissioner's Office (ICO) said some FOI requests could not be processed due to there currently being no Ministers. Already the Public Records Office for Northern Ireland has said it is unable to fully process FOI requests relating to closed public records in the absence of a Minister for Communities. The ICO has now confirmed the absence of a Minister may also affect the ability of Departments to 'deal fully with certain information requests'.

"This announcement is a bizarre example of the paralysis in Government here. My colleague Naomi Long MLA raised this matter with the Secretary of State yesterday but given Karen Bradley's performance to date, I don't hold out much hope things will change," he said.

"It comes on the back of the distressing case of a terminally ill woman who had to answer a question on a Personal Independence Payment form to confirm the date of her passing - another issue deemed to be incapable of change due to the absence of a Minister. Alliance's Next Steps Forward proposals earlier this year would have seen Assembly committees reconstituted and legislation proceed, therefore removing this problem.

"Common sense and basic humanity appear to be completely lacking in these and many other situations and as an administration, local Government is becoming a laughing stock. Issues big and small which require legislative change are blocked, apparently outside the scope of the increased authority given to civil servants.

"Due to the lack of Assembly committees and Ministers, there already is limited scrutiny and oversight of Departments and public bodies. The potential removal of FOI responses diminishes that access to information for the public even further and is not acceptable. The Secretary of State needs to step up to the mark and resolve this situation."