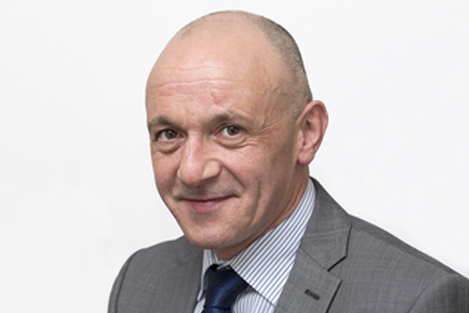 Alliance MLA John Blair has said it is "laughable" to suggest a second EU referendum would result in a bigger majority for Leave, after the Secretary of State said it would be the case.

Mr Blair was speaking after Karen Bradley made the remarks in an address at the British-Irish Parliamentary Assembly in London. Mr Blair, who is attending the same event, said the growth of backing for a People's Vote showed it was clearly not the case.

"Brexit is one of the biggest acts of self-harm facing the UK, with Northern Ireland in particular facing significant damage to our economy and social cohesion," said Mr Blair.

"To suggest a People's Vote would result in a bigger Leave vote is simply laughable. People have seen the lies spun by the leave campaign during the referendum, the breaking of the law, the failure to follow through on promises such as money to the NHS and questions remaining over 'dark money', and I have absolutely no doubt the majority of voters would back Remain, just as they did in Northern Ireland.

"A People's Vote recently received the backing of several local Councils thanks to my Alliance colleagues and this past weekend saw the streets of Belfast filled with a Right to Remain rally, which heard the strong desire to not be removed from the EU undemocratically. A People's Vote is the best way to prevent that happening."