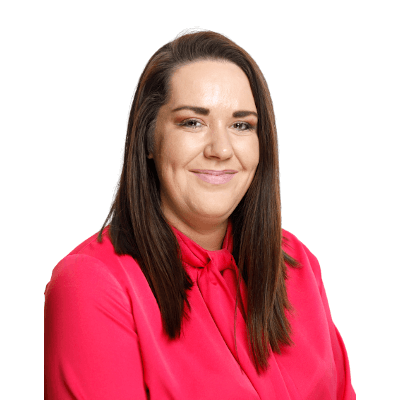 Rachael is an Alliance Councillor on Derry City and Strabane District Council, having joined the party to help create a better future for her two children. Using her role to tackle issues such as mental health and others, she wants to push our region towards leading the way, rather than trailing behind.

Having worked in retail for over a decade, Rachael understands the pressures on the high street. Having experienced first-hand the struggle of being a working mother, and balancing the cost of childcare while being on minimum wage or universal credit, she is passionate about supporting working parents.

She is an advocate of universal basic income, saying it would help create a kinder system for everyone, while helping reinvest in our society.

She knows we need better infrastructure, a plan for all – rail, road, greenways and the airports to work together.

Rachael acknowledges our city needs big business to come here, with the creation of an enterprise zone linking in with the City Deal.

Rachael wants to help create a community hub where everyone has support to tackle issues pre-emptively rather than at crisis point.

Do you want to help Alliance win in Foyle in the next Assembly Election? Donate to our election fighting fund here.