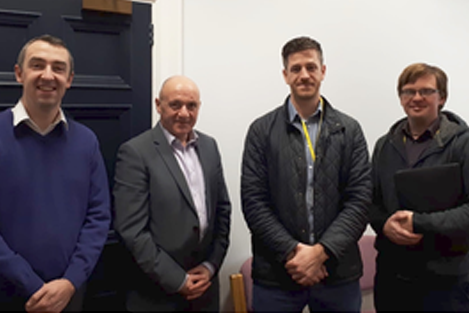 Mr Blair was speaking after meeting with the Nature Matters NI organisation on the need to protect the environment as negotiations continue around Brexit. He said Northern Ireland had a pressing need for an EPA.

"With Brexit negotiations ramping up and the date of any potential EU exit rapidly approaching, the need is greater than ever for an independent EPA. It is embarrassing Northern Ireland is the only part of the EU with the exception of Greece without an EPA.

"That leaves us far behind already on environmental issues. The real danger is the damage Brexit will aggravate that - although the UK Government will copy across EU law on environmental commitments after Brexit, there is the possibility environmental protections will fall by the wayside without the threat of fines from the EU for those breaking them.

"An independent EPA could not only act as a champion for our local environment but also send out a strong message against those who may pollute in any post-Brexit situation. I will be seeking further meetings with the DAERA Permanent Secretary to attempt to clarify the impact Brexit is going to have on environmental regulations here."