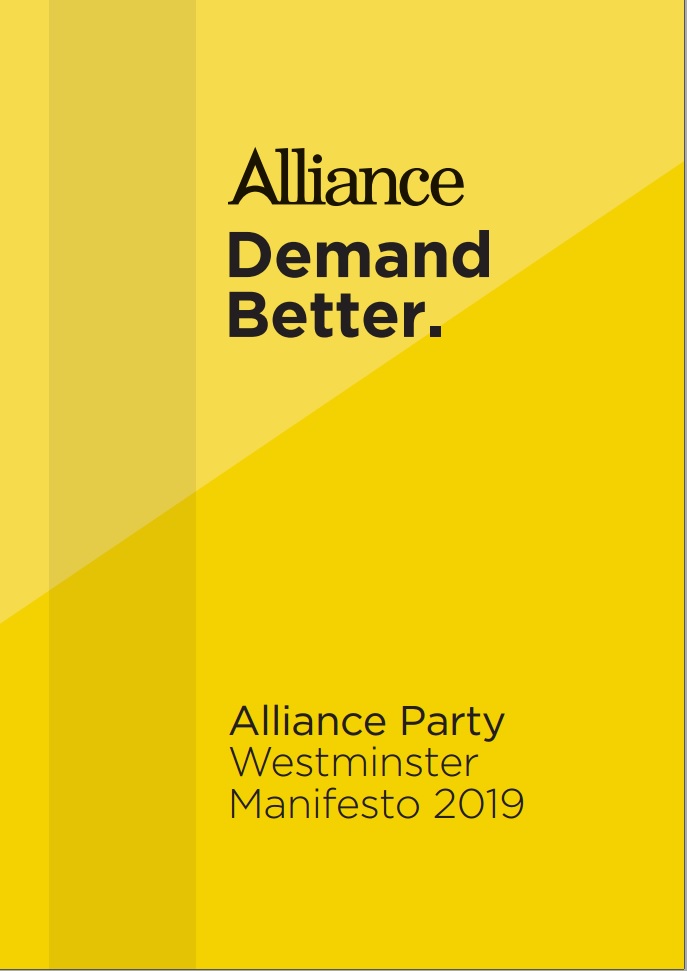 The General Election is a chance to take a huge step towards stopping the Brexit chaos and send a strong message about political paralysis at Stormont, Alliance Leader Naomi Long has said.

The East Belfast Westminster candidate was speaking as Alliance launched its General Election manifesto today (Monday). Key pledges include backing a People’s Vote on Brexit, plans to end the Stormont deadlock, increased support for integrated of housing and education, a target of zero greenhouse gas emissions in a decade, closing the public sector pay gap for local workers, repealing the bedroom tax and introducing STV for General Elections.

Mrs Long said her party was best placed to unite those opposed to Brexit across Northern Ireland.

“Brexit hasn’t even happened but it has already brought increased chaos and division to our society – paralysing politics, risking jobs and threatening the stability of our community. There is no such thing as a good or sensible Brexit. People right across Northern Ireland, even those who originally supported leaving the EU, are now realising that,” she said.

“This manifesto outlines Alliance’s support for a People’s Vote, and our commitment to protect our economy from a disastrous no deal Brexit. Brexit can still be stopped. Democracy did not end in June 2016 – people have the right to change their mind and demand better than new barriers and reduced opportunities.

“Earlier this year, people from all backgrounds right across our community united to elect me as the first Alliance MEP. I believe we can come together again and elect a strong team of Alliance MPs, who will go to Westminster to defend the best interests of Northern Ireland, as outlined in this manifesto.

“Brexit is clearly the main issue in this election but it is not the only one. People are angry the drift at Stormont is damaging our public services like health and education, and they are worried about climate change. That's why our manifesto tackles the broad range of challenges the next Parliament will face.

“It is also why voting Alliance is important – Brexit, devolution, climate change are not orange versus green issues and Alliance is not an orange or green party. If people elect Alliance MPs on December 12, we will act to protect the prosperity and political stability of everyone in our society.”

The Alliance manifesto is available here.