Alliance Policing Board Spokesperson John Blair MLA has quizzed the PSNI Chief Constable Simon Byrne on the potential for increased threat of loyalist violence in both Northern Ireland and the Republic of Ireland, and if they are liaising with partners and agencies in Great Britain about this. 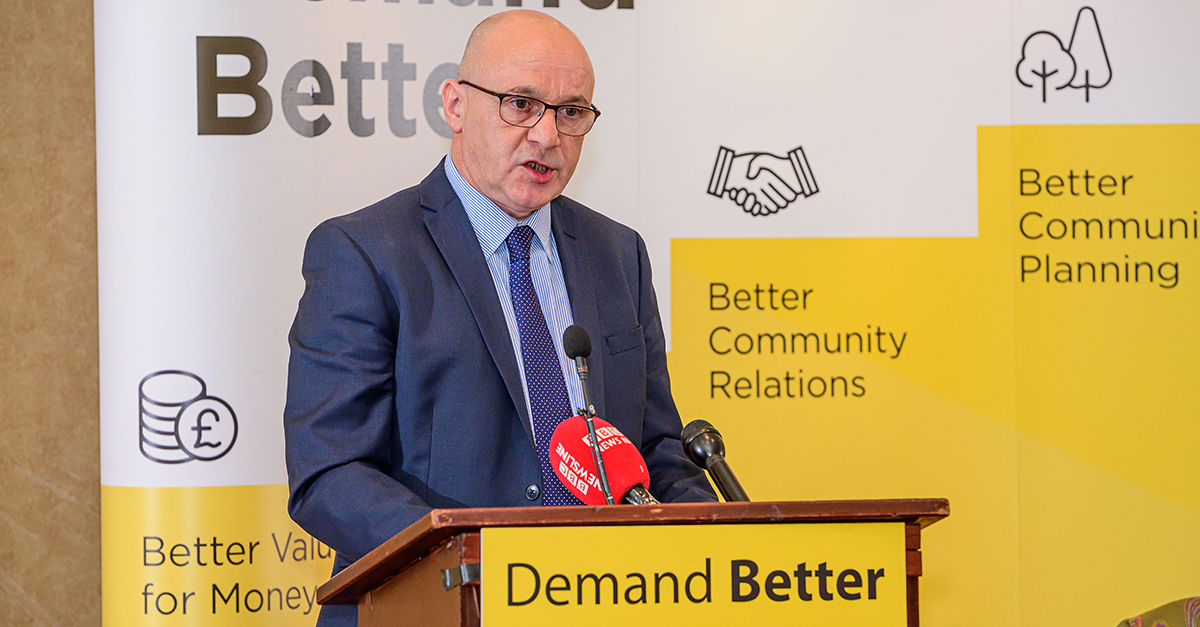 He asked the Chief Constable, in light of recent statements made by organisations such as the Loyalist Communities Council which implied the threat of increased violence in the future, if it is the case that those GB agencies already involved in assessing terrorist threat in Northern Ireland, such as the NCA, should now be involved in assessing the loyalist threat of violence against both Northern Ireland and the Republic of Ireland. He also asked if any conversations had been struck with these GB agencies about their potential involvement in these assessments.

John has said: “The throwing around of terms like ‘ceasefire review’ and ‘dire consequences’ do nothing but entrench divisions and create tension in our communities, as well as leave people feeling intimidated and unsafe.

“It’s a great shame that in 2022 we are still seeing the poison of paramilitarism on our streets and are beholden to the destabilising effects of paramilitary threats. Organisations such as the LCC have no legitimate place in political discourse, and we’d also urge the NIO to urgently re-examine its approach to meeting with them, as we feel the system as it stands gives credibility to what is essentially an umbrella group for active terror groups.

“The UK Government also needs to adjust its stance on dealing with active loyalist paramilitaries in-line with how it deals with dissident republicans. They are one in the same, both equally reprehensible beyond just mere criminality, and are both matters of national security in the threats they pose towards both local and neighbouring politicians.

“People, whether local residents or visiting elected representatives, deserve to feel safe in Northern Ireland, and we’re glad to hear from the Chief Constable that dialogue channels with relevant authorities are open.”