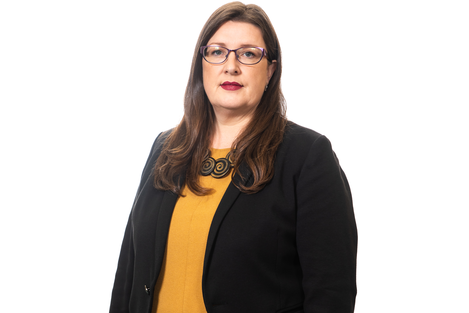 Alliance MLA Kellie Armstrong has said serious questions needs to be asked after a report warned the full impact of welfare reforms has yet to be felt here, with further hardships predicted by 2020.

The report by the Comptroller and Auditor General said the end of mitigation measures, such as the so called 'Bedroom Tax', which are due to take place in March 2020, could see an increase in hardship experienced by people in Northern Ireland, leading to more usage of food banks and other measures.

"This report outlines some stark figures which should make sobering reading for every person in our society," said Ms Armstrong.

"When welfare reforms were first introduced to Northern Ireland, the Assembly voted to enable Department for Communities to put in mitigation measures to attempt and alleviate the impact. However, this report shows millions of pounds allocated to the Department for this purpose has not been drawn down. It raises serious questions as to what is happening with that money and why it is not being used to help people who are faced with hardships.

"Those hardships are going to be increased thanks to the recently announced delay to the managed migration to universal credit in Northern Ireland. While we do not agree with the idea of universal credit, for it to be rolled without transitional protections for claimants means more debt and people being pushed into poverty just because of a change in personal circumstance'

"Unless we have a restored Assembly, we are going to soon be faced with a cliff edge thanks to welfare reforms such as universal credit. While the DUP and Sinn Féin continue to refuse to form a Government, people are going to suffer and continue to be failed by those two parties."