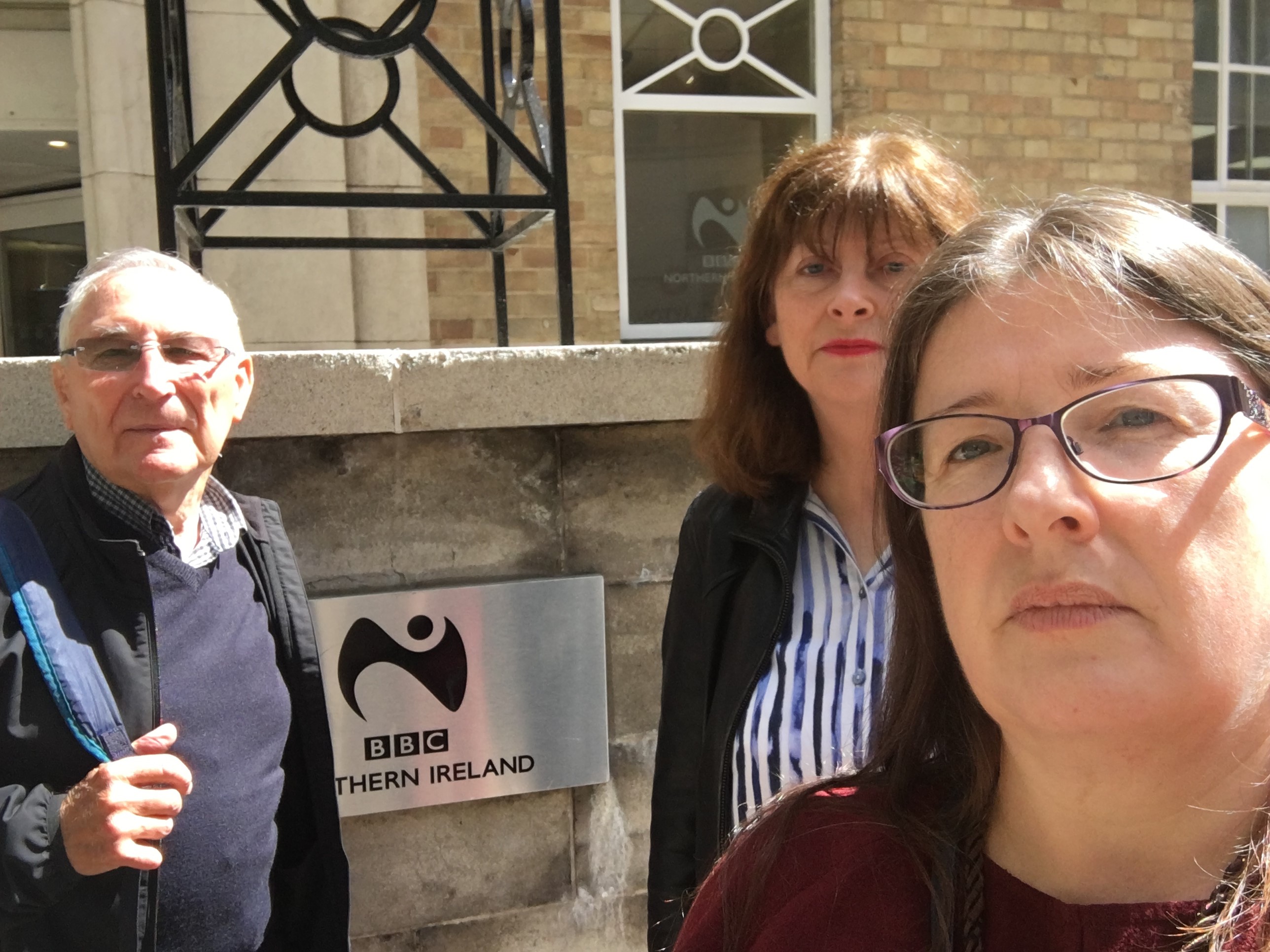 Alliance MLA Kellie Armstrong has said the BBC has “taken the easy option” by scrapping free TV licences as standard for over 75-year-olds from next year.

She has also accused Westminster of “passing the buck”. Instead of taking the difficult decision to stop free TV licensing itself, Westminster chose instead to force the BBC to do its dirty work.

Strangford MLA Ms Armstrong was speaking after meeting senior BBC NI management to discuss the removal of free TV licences. She was accompanied to her meeting by Paschal McKeown of Age NI and Ivan Baxter of Age Sector Platform.

“I understand the BBC are facing a significant funding shortfall because Westminster will no longer subsidise TV licence fees for the over 75s. BBC now have to create an income stream without being able to increase the licence fee. They chose to take away free TV licences for older people, offering a concession to only a limited number on Pension Credit. I wanted to ask what other options had been considered – for example, has the BBC pushed for a change to legislation to enable them to take advertisements as a revenue-raising measure? Have they tested all the options such as lowering salaries or by streamlining services?

“While money is undoubtedly going to be created by this approach, the feeling is the BBC has taken the easy option on this issue by targeting older people. There is an estimated 40 per cent of older people not claiming pension credit who are eligible for it, so if they do begin claiming that benefit, the BBC will not make up their estimated loss anyway. I expect further efficiencies may only be created by cutting services. This means older people have lost free TV licence and services will be reduced, a double whammy.

“A television can be the only form of company for many people, particularly pensioners. It is often the only means they have to access information about the outside world, especially if they are in I’ll health or have limited mobility. Some pensioners may not be able to afford the license and give up their TV, losing their connection to the outside world. I will be writing to the Minister for Loneliness at Westminster to ask them to investigate the impact this will have on many older people. It is vital they do not become a marginalised group, just because Westminster has changed how our public service broadcaster is funded and the BBC have not properly considered all other available options.”