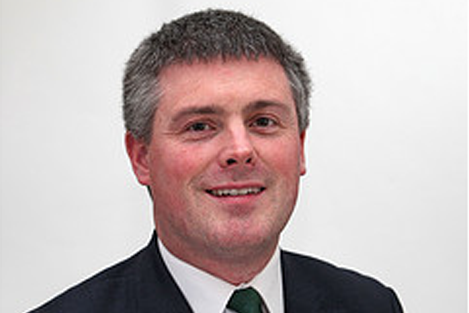 Alliance Councillor Michael Long has welcomed the support from the SDLP and Sinn Féin to have the new East Belfast leisure centre renamed when it opens later this year.

Councillor Long - Alliance Group leader on Belfast City Council - said that while Alliance had always opposed the "various Peter Robinson vanity projects" it the old Castlereagh Council, he was surprised it had taken over four years for Sinn Féin to raise the naming issue, likening it to a pre-election stunt.

He said: "It was my colleagues who opposed the original proposal to change the name from Castlereagh Swimming Pool to the Robinson Centre in the 1980s. We also opposed other proposals such as the awarding of the Freedom of the Borough to Mr. Robinson, which resulted in thousands of pounds of ratepayers money being spent on a celebratory dinner, and £4,000 spent on a bronze bust of the former Councillor.

"From our point of view, it was always going to be necessary for a renaming but I am puzzled by the timing of this motion from Sinn Féin given that the centre has been in the ownership of Belfast City Council for over four years and no decision is required in respect of the name until the autumn, when the centre is due to reopen.

"The fact that Sinn Féin has decided to raise the matter now looks like more of a pre-election stunt and an attempt to deflect attention from the main focus of Monday night which will see Sinn Féin and the DUP working together to increase the rates by £500,000 on bonfire related activities.

"I would also suggest that both their track record and that of the SDLP on naming public spaces is hardly one to follow given the ongoing debacle over Raymond McCreesh park in Newry.

"I think the best way forward would be to use a local place name, but I also believe that most people are more concerned that they have been deprived of decent leisure facilities for almost five years- something which we sought to address through the provision of temporary facilities which Sinn Féin, SDLP and the Unionists all opposed."