The result of May’s election must be respected and the Assembly and Executive restored on a sustainable basis, Alliance Leader Naomi Long MLA has said. 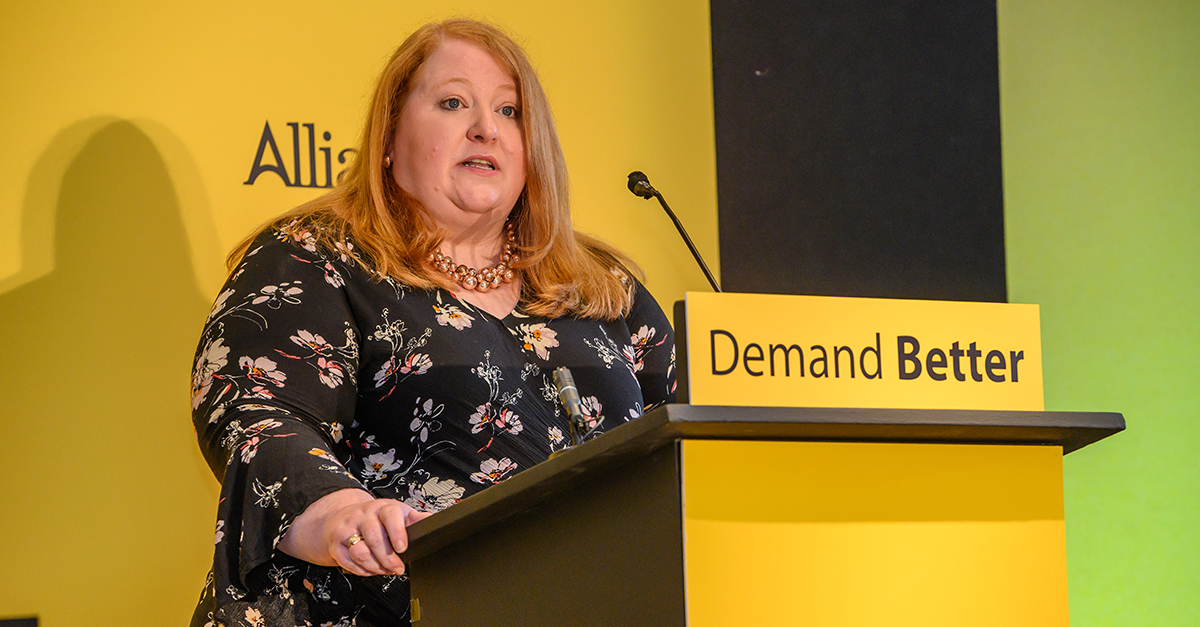 She was speaking as Alliance submitted a petition in a bid to recall the Assembly to debate the impending deadline to restore the Executive. The motion also calls for reform to ensure no single party can collapse the institutions again, and expresses concern over the compounding of the ongoing crises locally by problems being experienced by the Conservative Government in Westminster.

Mrs Long said the current saga of ransom politics had come at the worst possible time for people.

“We are in an unprecedented period of uncertainty between Parliament and the Assembly,” she said.

“As things stand, next week the caretaker Ministers are removed from office and departments are left without direction at a time when Westminster is in chaos. In that context, and considering the cost-of-living and cost-of-business crisis, it is reckless and irresponsible in the extreme to allow the institutions to drift into deeper crisis, dragging in its wake our public finances and public services.

“Engaging in ransom politics at this time is completely scandalous. Whilst the Assembly and Executive can’t solve all of those problems - some of which are national or global - it is the difference between being able to do something as opposed to nothing to help those in need.

“Neither is this the first time that such a suspension of our institutions. Over the last 25 years we have been increasingly locked into a cycle of crisis and collapse.  It is, therefore, clear as we rapidly approach next week’s deadline, we cannot simply place a sticking plaster over the gaping wounds inflicted on our institutions and hope for the best.

“The focus on a negotiated outcome on the Protocol, which is welcome, cannot be allowed to eclipse the urgency of restoring the Executive and doing so on a sustainable basis to end the cycle of dysfunction. Democracy has been repeatedly subverted by single parties – we must ensure when the institutions return, no-one is able to do that again. Ransom politics needs to end for good.”

Wording of Alliance's recall motion below -

'That this Assembly believes that the democratic outcome of the election held six months ago must be respected without further delay; calls for the immediate restoration of the Executive to support our people, public services and businesses and public finances with the soaring cost of living; recognises that Conservative Government chaos is compounding the crisis we face locally; further believes that it is wrong that any one party can block formation of an Assembly and Executive; and that all options to restore devolution on a sustainable footing should now be explored, including reforming the structures of the Assembly and Executive to ensure the cycle of ransom politics is ended for good.'