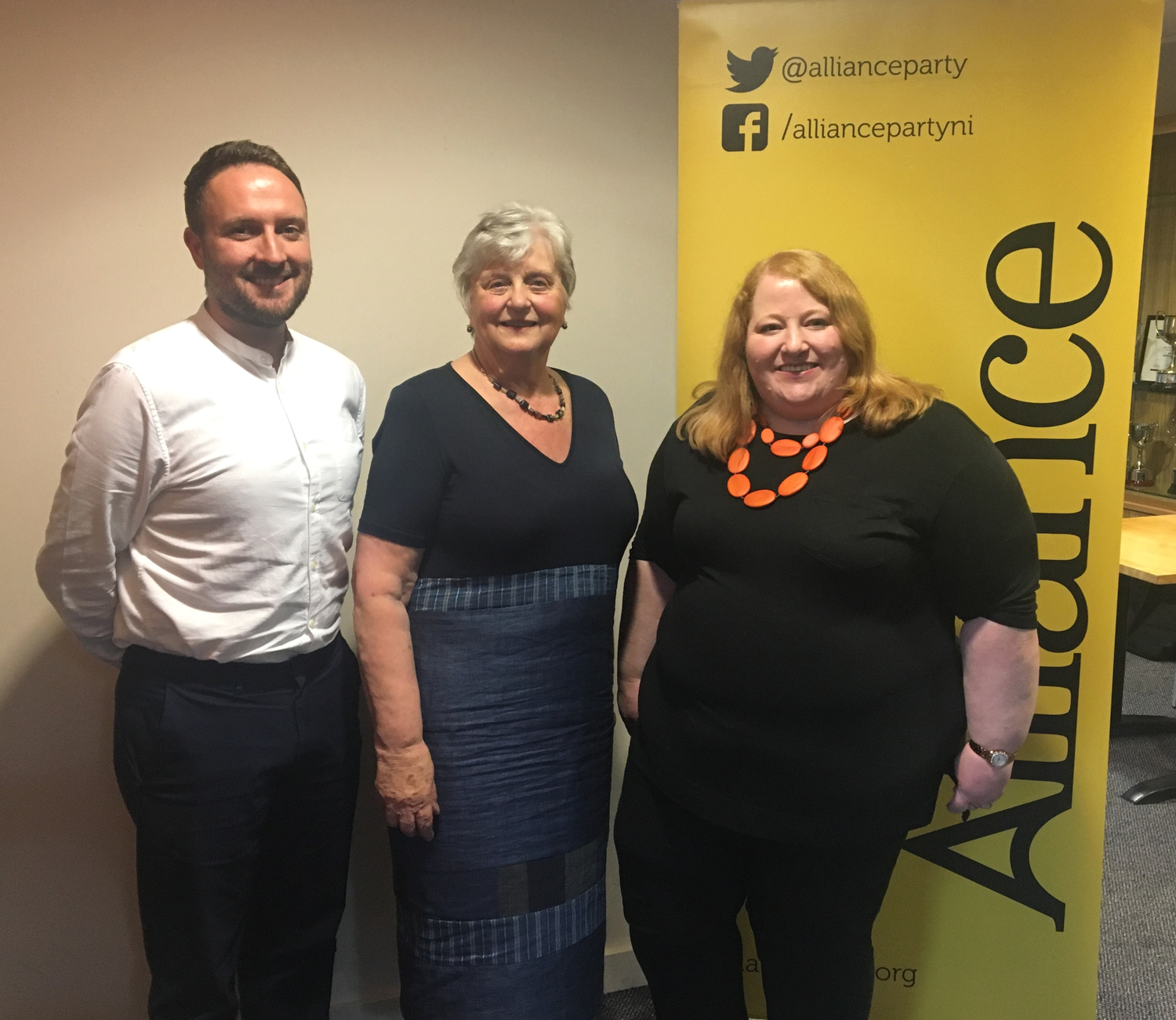 Máire, a founder member of the party, will take over from Naomi Long when the latter takes up her role as MEP in the new European Parliament at the start of July. A former East Belfast Councillor, Máire said she was excited to get started in the role.

“I am honoured and privileged to have been selected as the new Alliance East Belfast MLA,” she said.

“I’m eager to get started and once again represent the people of East Belfast, and having the opportunity to make another key contribution to local politics. We are at a time when Alliance has a key role to play in bringing people together and helping to restore a functioning Assembly that delivers for all the people of Northern Ireland.”

Alliance Leader Naomi Long said it was fitting a founder member of Alliance was becoming an MLA following the Alliance surge of successes in the local government and European elections.

“Last month, many of Alliance’s successful candidates paid tribute to Máire and her husband Jim for the vision they showed in the party’s early days, paving the way for the success it is now seeing.

“Máire is also highly respected across all parties in local politics, with years of experience, including her year as Deputy Mayor of Belfast. Added to her long-standing relationship with myself and Chris Lyttle MLA, she is well placed to replace me as MLA and represent the people of East Belfast.”